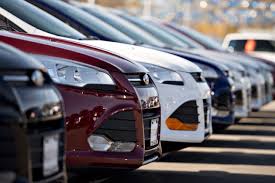 Lots of Cars Gobbled-up In November

The US auto industry will be giving thanks after a month of sales for November worth celebrating. Automakers were facing a potentially tough month, at least compared to the same month last year, which saw increased sales in the aftermath of Hurricane Sandy from pent up demand. Volvo, for example, which reported sales fell 31.17 percent, qualified its performance saying, “Excluding a large fleet deal coupled with damaged cars from Hurricane Sandy in November 2012, our dealers actually had a strong November 2013, up 10.97 percent in the retail channel.”

Hyundai reported record all-time record November auto sales.  “We continue to see strong demand across our lineup, with consumer interest especially high for the 2014 model year updates we’ve made to Sonata, Santa Fe, and Tucson,” said John Krafcik, president and CEO. “While we finished November still short of 2014 model year inventory, our plants are literally working 24/7 to restock our dealers with these new models, including the refreshed 2014 Elantra and updated 2014 Veloster, which both arrive in showrooms this month.”

Chrysler Group led major automakers with a 16.08-percent rise in sales for November, the Jeep brand being its top performer with a nearly 30-percent sales lift. Credit goes to the all-new Cherokee, which ended its first full month on sale with 10,169 new owners. General Motors came in closely behind Chrysler with sales rising 13.7 percent, followed by Nissan North America (up 10.74 percent), Toyota (up 10.11 percent) and Ford Motor Company (up 7.19 percent). The groups that ended in the red include Honda (down 0.06 percent) andBMW Group (down 0.37 percent).

Among individual brands, Jaguar and Mitsubishi are enjoying some time in the light at the top of our list with sales in November rising 102.81 and 47.61 percent, respectively. Sales for Maserati were even better thanks to the smaller Ghibli joining its lineup, but the brand’s overall sales were still below 1,000 units last month.Subaru, meanwhile, continued its impressive and long-sustained growth in November, posting 29.83 percent more sales versus last year.

Check out all of last month’s sales figures in the chart below.