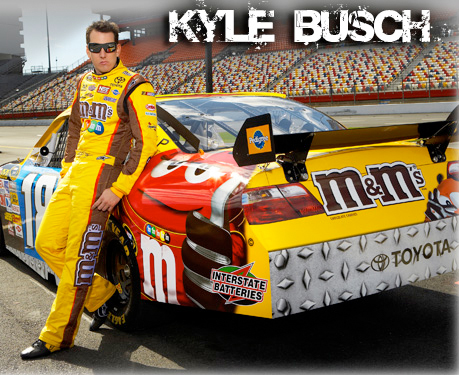 ANN ARBOR, MI, December 5, 2011 — Kyle Busch’s memorable 2011 NASCAR Sprint Cup Series campaign led to $68 million of television exposure for his sponsors, a figure higher than any other driver managed to generate this past season, and nearly $1.7 million more than Series Champion Tony Stewart.

According to research conducted by Joyce Julius & Associates, Inc. — which has monitored every NASCAR race telecast over the last 27 seasons — Busch’s sponsors as a group appeared for 27 hours, 23 minutes, 10 seconds (27:23:10) during live and replayed telecasts of the season’s 36 points races. When also factoring in verbal mentions (292) of Busch’s sponsors, the 12th-place driver amassed more than $68.3 million of in-broadcast exposure value for his backing brands.

Joyce Julius calculates television exposure value by comparing the in-broadcast visual and verbal exposure to the estimated cost of a national commercial during the telecast and applying Joyce Julius Recognition Grading — which takes into account such factors as size and placement of the image on screen, as well as brand clutter and integration of the brand into the activity.

While Busch hung on to lead the driver exposure battle wire-to-wire, Stewart’s stellar run during this year’s Chase may be more impressive, as the newly crowned champion moved up from 9th to 2nd in cumulative sponsor brand exposure, improving from $30 million at the start of the final 10 races to $66.7 million by season’s end.

Stewart’s dominance during the Chase race broadcasts is further evidenced by the attention paid to him by the TV announcers. Stewart began the Chase 6th in individual driver mentions, but ended the season on top, collecting 57% of his driver mentions for the entire season during the final 10 races. Stewart also amassed the most interview time of any driver, appearing on camera for more than one hour, 20 minutes throughout 2011.

Series points runner-up Carl Edwards managed to accrue the most mentions for his sponsors (610), while he was also interviewed most frequently (75 times) of any other driver.

Not surprisingly, Stewart was the top exposure-gathering Chevrolet driver, collecting $6.3 for the auto brand. Edwards led the Ford drivers, delivering $8.1 million of in-broadcast exposure, while the attention Busch drew during 2011 race broadcasts led to $11.9 million for Toyota.