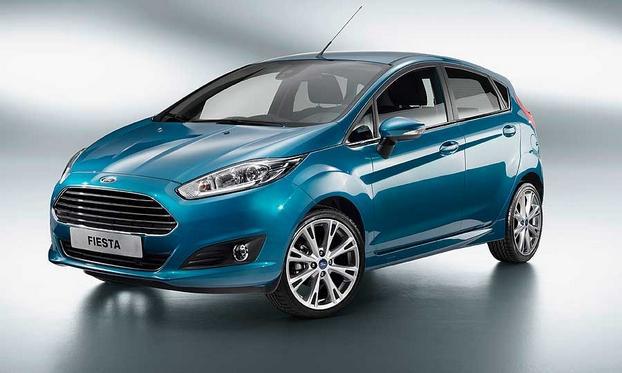 Ford Motor Co. will take the wraps off the European version of the Fiesta on Thursday at a special “Go Further” product event in Amsterdam hosted by CEO Alan Mulally.

The new European Fiesta will feature Ford’s latest and smallest EcoBoost engine: a 1.0-liter, three-cylinder gasoline powerplant. The engine, which was honored as 2012 International Engine of the Year by an international panel of journalists coordinated by Britain’s Engine Technology International magazine, already is sold in Europe in three vehicles: the Focus, the B-Max and the C-Max.

Ford has said the engine would come to the United States but has not specified which vehicle will get it.

The Fiesta will debut in Europe before making its U.S. appearance, probably next year as a 2014 model. The new Fiesta subcompact features a trapezoidal grille that closely resembles that of the sibling Focus and Fusion. The grille is part of Ford’s global design language that is featured on those cars and the 2013 Escape crossover, which is called the Kuga in Europe. The grille will be bracketed by laser-cut headlamps with LED daytime running lights.

The new Fiesta will be available with Ford’s Sync system. In Europe, the Fiesta will also feature Active City Stop, an electronic system designed to help drivers mitigate the impact of front end collisions by reducing engine power and applying the brakes when it senses a crash is imminent.

Ford will offer a high-performance three-door hatchback ST version in Europe powered by a 1.6-liter turbocharged engine. Ford says the ST will be the highest-powered Fiesta ever.

A new version of the subcompact Fiesta could help resuscitate sales of Ford’s smallest car in the United States. Fiesta sales dropped 28 percent in August and are down 26 percent for the year as more customers have preferred the larger Focus compact. Focus sales have shot up 31 percent this year.

The redesigned Fiesta will be manufactured in Cuautitlan, Mexico, for North America and in Cologne, Germany, for Europe.