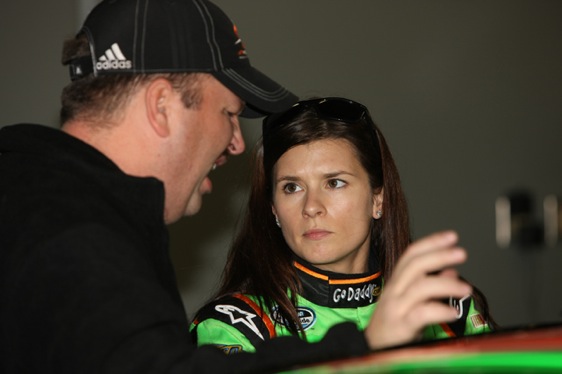 Eury told Fox Sports’ website earlier Monday that he was being replaced by Ryan Pemberton with the No. 7 GoDaddy.com team.

“They’re trying to fix the competition of the cars,” Eury said, according to FoxSports.com. “They thought they could do better without me there. They hired Ryan and Ryan’s their guy.”

Dale Earnhardt Jr., founder and owner of JR Motorsports, issued a statement Monday indicating the team and Eury, a partial owner of the team, were never quite on the same page. Earnhardt and Eury Jr. are cousins, and Eury Jr. was his crew chief for many years.

“I had hoped he would be here for a long time, but as we’ve discussed the direction of JR Motorsports moving forward, it was clear our differences in ideas were too vast to overcome,” Earnhardt said. “I love him like a brother, and you’ll never hear me say a bad thing about him. I know he’ll have much success in anything he does going forward.”

Earnhardt did not address the report that said Pemberton will be crew chief for Patrick.

“As for our No. 7 team, no decision has been made on who will crew chief that team this weekend at Kentucky Speedway,” he said. “We will discuss our options and make a decision very soon.”

Pemberton was hired by the team last week as competition director. He replaced Tony Eury Sr., who was released two weeks ago.

JR Motorsports has won nine Nationwide races, but none since Jamie McMurray’s win at Atlanta in 2010.

The pairing of Patrick and Eury Jr. was an apt analogy for her transition from IndyCar to stock cars — the much-photographed pop icon and the throwback working man from a family behind the machines that helped make the Earnhardt family stars.

Eury Jr. made sampling Krispy Kreme donuts one of Patrick’s first rites of NASCAR passage. He also called her “D” and “babe” over team radio — which Patrick found amusing — as they developed a mutually respectful and cordial working relationship that continued through their last start together.

This spring Patrick called Eury Jr. “a great person for the job,” adding “I get along with him extremely well. I feel like he can tell my passion for wanting to do well and I can definitely sense his.”

Both were admittedly distressed over a spate of wrecks over the summer. Eury Jr. was audibly upset after Patrick wrecked with Reed Sorenson while attempting an aggressive pass at Indianapolis Motor Speedway.

But he told espnW.com in August: “After Indy, we sat down and talked about it and kind of went back into chill mode there and reassessed where we were at and what we could do to be better.”

Information from Brant James of espnW and the The Associated Press was used in this report.