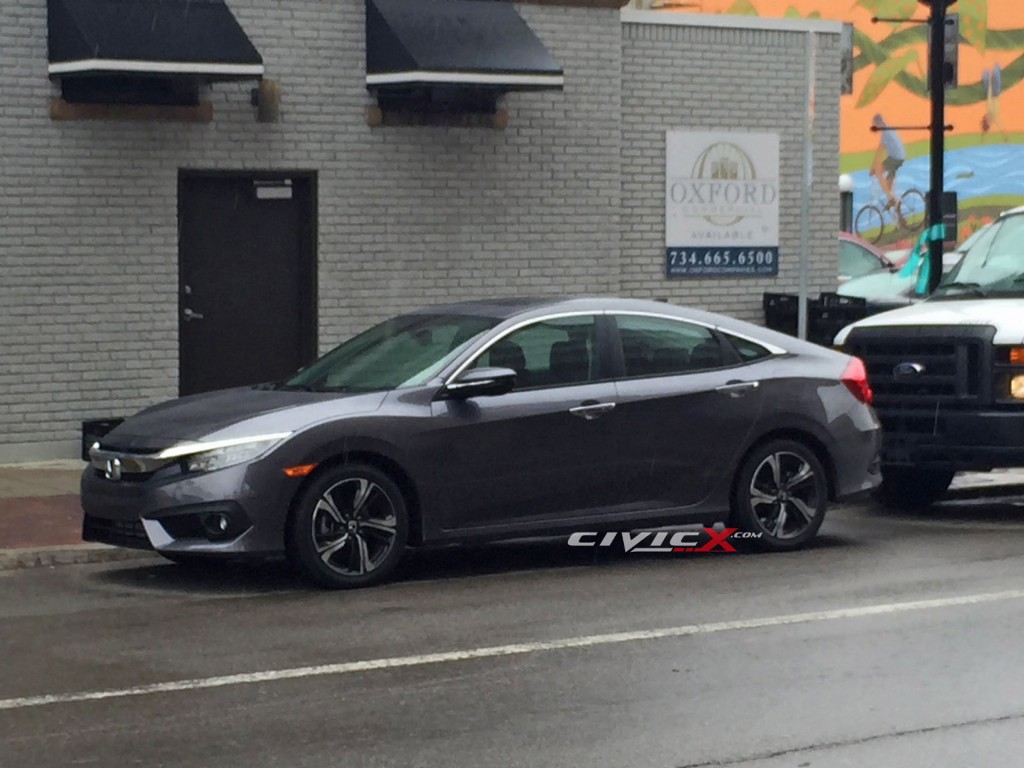 Someone must have screwed up. That’s the only thing that explains why an all-new 2016 Honda Civic was just left on a rainy street, completely free of camouflage, less than a week before its official unveiling.

Snapped by a very observant member of the CivicX.com forums, the gray sedan reveals all the changes made by Honda while transitioning the popular New York Auto Show concept into an actual production model. The prominent C-shaped taillights remain, and the fastback shape translates really nicely from coupe to sedan, giving the new 2016 Honda Civic a far more sporting greenhouse. The prominent chrome grille topper ties together the headlights.

The result of these changes is the best-looking Honda Civic in decades. Honda has finally realized that just because a consumer only has $20,000 to $25,000 to spend on a compact car, it doesn’t mean they don’t care about aesthetics or style.

Honda releases a slew of 2013 Accord Pictures