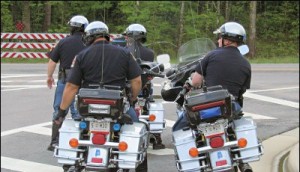 BIRMINGHAM, Alabama  — A second foreign worker employed by Alabama’s automobile industry has been charged under the state’s crackdown on illegal immigration.

Officials said Wednesday that a Japanese employee on temporary assignment at Honda Manufacturing of Alabama in Talladega County was ticketed under the law. The company says the man is working with authorities to resolve the matter.

It’s not clear where the worker was stopped. But a person with knowledge of the case says he was ticketed at a routine police roadblock for not having an Alabama driver’s license, even though he had a valid Japanese passport and an international driver’s license.

The person wasn’t authorized to release the information and asked not to be identified.

A Mercedes-Benz manager was previously arrested in Tuscaloosa under the law for not having a driver’s license. The charge was dismissed after the man provided authorities with identification.