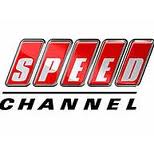 SPEED rebranding likely soon: Fox Sports is expected to announce this month its plans for Charlotte-based SPEED channel. While motorsports will continue to be a big chunk of programming, the company is likely to retire the SPEED name late this summer and replace it with a channel called Fox Sports 1. This would provide Fox a platform to broaden the channel’s focus into other sports, including content drawn from the network’s NFL and Major League Baseball contracts. It is not clear what the impact will be on SPEED’s modern production hub at Harris Boulevard and Interstate 85, but it will probably grow. A broader variety of programming should result in more production from the center.(Charlotte Observer)