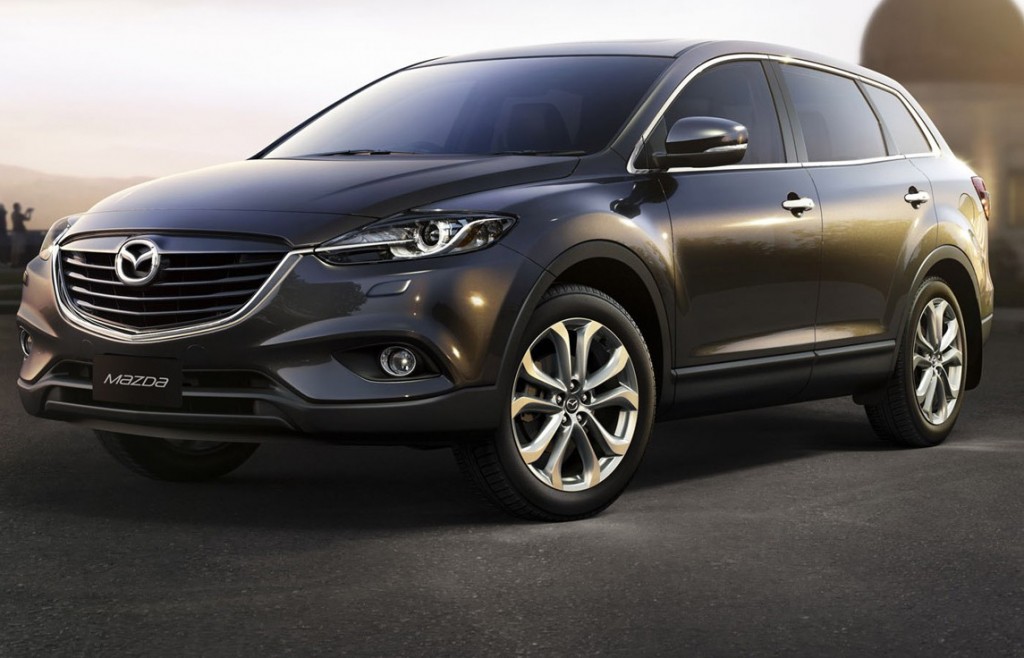 The 2013 CX-9 you see here will officially bow at the Australian International Motor Show in mid-October, but Mazda has released a few preliminary images and details regarding the big CUV’s refresh.  We love the front end design element as the grille blends in and integrates with the headlights.  New details up front include LED running lights in the headlamp clusters and bolder, more pronounced lines around the foglamp housings. 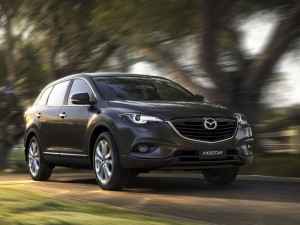 Mazda states that the current CX-9’s 3.7-liter V6 and six-speed automatic will carry over, likely mated to both front- and all-wheel drive.

Held in Sydney, the 2012 Australian International Motor Show begins October 18 and runs through to October 28, 2012. The 2013 CX-9 will be launched in Australia later this year.

Mazda CX-9 is a crossover sport-utility SUV featuring a distinctive sporty appearance, a high-quality cabin, the flexibility of three-rows, and Mazda’s exciting “Zoom-Zoom” driving dynamics. The current CX-9 has sold over 210,000 units* in 74 countries, including North America and Australia, as Mazda’s range-topping SUV.

The 2013 Mazda CX-9 carries over the utility and dynamic driving performance of the current model while adopting Mazda’s “KODO – Soul of Motion” design theme at the front and rear for even sportier styling and stronger presence. Enhancements in craftsmanship and interior design further the feeling of quality and refinement. With regard to equipment, the infotainment system features the latest audio, navigation and speech-recognition systems based on the Human Machine Interface (HMI) which is intuitive to use. In addition, advanced active-safety features, such as Forward Obstruction Warning System, Lane Departure Warning System, and High Beam Control System, help drivers recognize and avoid danger.

As with the current model, the 2013 CX-9 features the MZI 3.7-liter V6 engine and a six-speed automatic transmission for powerful and refined driving pleasure.

Cadillac ELR: What happens when a ATS mates with a Volt