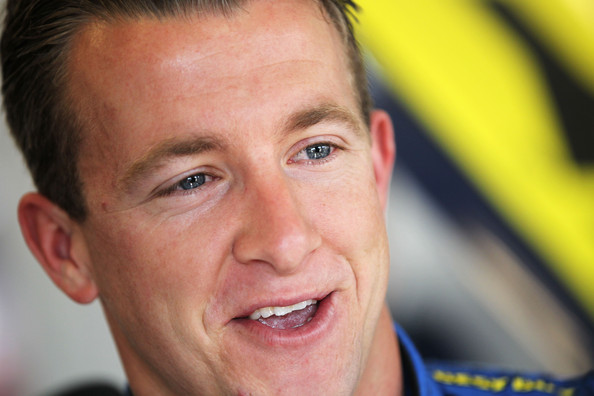 Allmendinger, who turned 30 on Friday, has been selected to drive the organization’s No. 22 Shell/AAA Dodge in the NASCAR Sprint Cup Series in 2012, sources have confirmed to FOXSports.com.

He replaces Kurt Busch, who mutually agreed to part ways with Penske on Dec. 6. Allmendinger received his release from Richard Petty Motorsports on Tuesday after the organization was unable to retain Best Buy for 2012.

On Tuesday, Best Buy announced a new partnership with Roush Fenway Racing for next season.

Allmendinger is coming off his most successful season in NASCAR after finishing 15th in the Cup points standings. Although his stock-car career began with a shaky start, Allmendinger has persevered. He and Red Bull Racing made their Sprint Cup debut together in 2007 — and qualified for just 17 races that first season. Comparatively, his Red Bull Racing teammate Brian Vickers made the show just 23 times that same season.

The following year, NASCAR veteran Mike Skinner was brought on board to mentor the sophomore stock car racer. Red Bull elected to bench Allmendinger for six races after he’d missed the first three. Ultimately, Allmendinger regained the seat but was replaced by Scott Speed for the final six races of the season.

Allmendinger cobbled together rides with Michael Waltrip Racing and Gillett Evernham Motorsports to finish out the 2008 season.

His audition in the No. 10 GEM Dodge proved valuable enough to retain a full-time gig for 2009, as GEM transformed into Richard Petty Motorsports for the 2010 season.

Allmendinger earned his first career pole in 2010 at Phoenix International Raceway. Despite thefinancial insecurity surrounding team owner George Gillett, Allmendinger maintained his composure and finished the year on a high note with a fifth-place showing at Homestead-Miami Speedway. His first full season competing in 36 races with the same team in Cup produced two top-fives, eight top-10s and a 19th-place finish in the point standings.

As RPM changed hands once again at the end of the 2010 season, Allmendinger and the No. 43 team were all that remained from the old regime. Throughout the year, he was never lower than 17th in the standings but missed the necessary spark to break through to the next level.

The addition of veteran crew chief Greg Erwin prior to the race at Indianapolis Motor Speedway in July provided that spark. Together, the pair vaulted four spots in the standings and missed a Chase berth by just one position when the field was set Sept. 10 at Richmond.

Despite a challenging five seasons, Allmendinger has shown dramatic improvement each year, both in top-five and top-10 finishes as well as where he’s finished in the points standings.

Like Penske, Allmendinger’s racing roots come from open wheel. Allmendinger honed his skills on go-karts. He earned two Karting titles, a Barber Dodge championship and Champ Car Atlantic title before being named Champ Car Rookie of the Year in 2004.

When the Los Gatos, Calif., native was recruited by Gerry Forsythe after the first four races of the 2006 season, he went on a winning spree, picking up five races of the final nine.

As the year wound down, Allmendinger signed a NASCAR deal with Team Red Bull and tested the waters in the Truck series. In his second truck start, he finished fifth at Talladega Superspeedway.