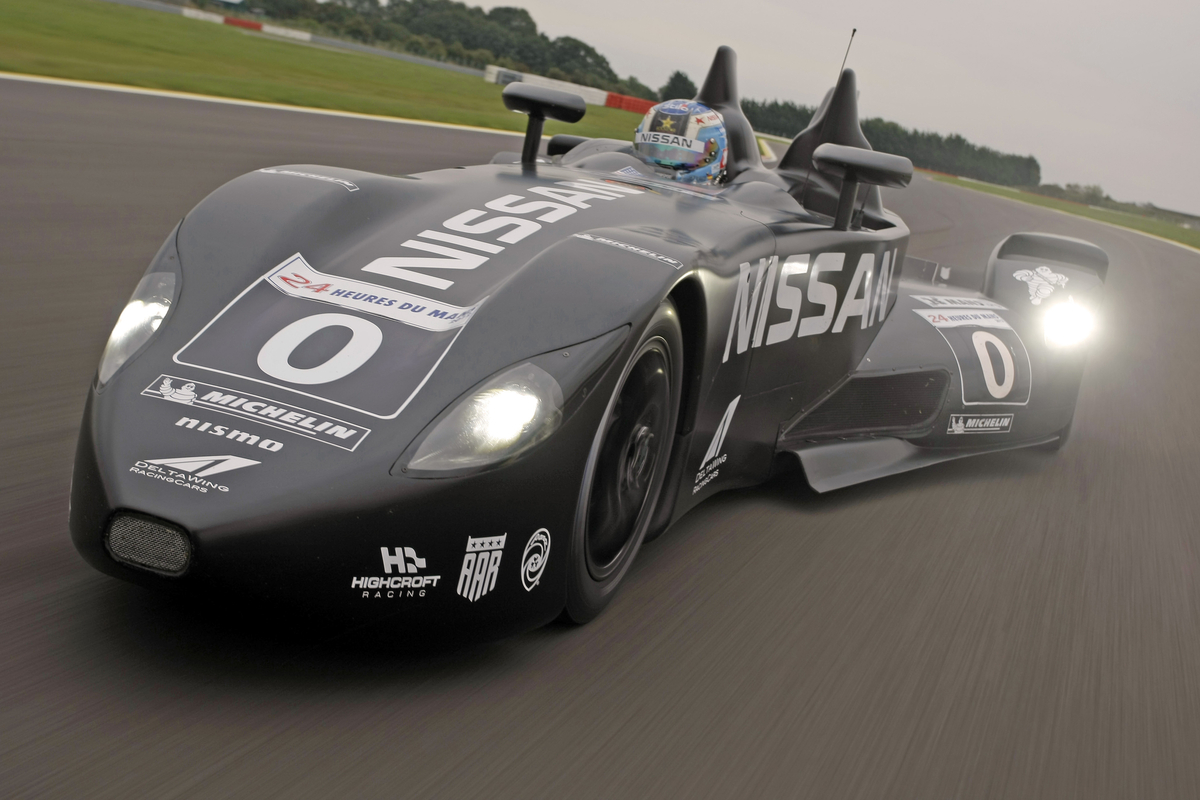 FRANKLIN, Tenn. – The team behind the radical Nissan DeltaWing has declared it has ‘unfinished business’… after being unceremoniously shoved out of the famous Le Mans 24 Hours in June, the fans’ favorite will return to finish what it started at the event’s little brother, Petit Le Mans. The pioneering, dart-shaped Nissan DeltaWing, which captured the hearts of 240,000 Le Mans 24 Hour fans three months ago, will race again at next month’s American Le Mans Series (ALMS) finale at Road Atlanta on October 17-20.

FRANKLIN, Tenn. – The team behind the radical Nissan DeltaWing has declared it has ‘unfinished business’… after being unceremoniously shoved out of the famous Le Mans 24 Hours in June, the fans’ favorite will return to finish what it started at the event’s little brother, Petit Le Mans.

Designed and built with the aim of completing the famous Le Mans 24 Hours using half the fuel and half the tires of contemporary sports prototypes, Nissan DeltaWing was forced to retire from the French endurance classic after six hours, following contact with another car.

The plight of Japanese NISMO racing driver, Satoshi Motoyama, who tried heroically to repair the impact damage by the side of the Le Mans circuit for 90 minutes before having to admit defeat, garnered massive support for the team from fans, whose demands for it to return to the racetrack will now be satisfied. 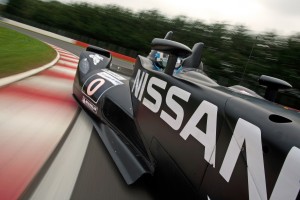 Darren Cox, General Manager, Nissan in Europe, said: “Le Mans was a huge success for us – the car did everything we wanted it to do and more, proving that the pioneering technology we were testing in the world’s most public laboratory works and is a viable option for the future sustainability of motorsport.

“The only thing that didn’t go our way was the way the race ended for us, which was entirely out of our control. Because we’d proven the technology worked, it was hard to be too disappointed, but we were blown away by the level of support and goodwill that came our way from the fans so now we feel we owe it to them to race again.

“I’m very proud that Lucas will get his chance in the car – the GT Academy is a major innovation in motorsport that is making the elitist sport of motor racing genuinely accessible to everyone, including those who do not have access to big budgets and sponsorship. Lucas is living proof that the innovation works.”

“We’re thrilled to welcome Gunnar to the Nissan DeltaWing team. He is a former American Le Mans Series champion and knows Road Atlanta like the back of his hand so he is the perfect addition to the squad.”

The team believes that the 1,000-mile, 10-hour Petit Le Mans race is the perfect event for Nissan DeltaWing to not only give fans the race finish they desire, but also demonstrate its prowess on a more traditional track, as opposed to the high-speed Le Mans circuit, which also utilizes public roads.

The announcement comes as it is revealed that, as part of the ALMS merger with the other major sportscar series, GRAND-AM Road Racing, provision will be made for Nissan DeltaWing within the regulations of the resulting new championship, scheduled to start in 2014. 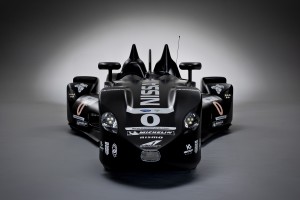 Panoz, who was behind the ‘Project 56’ organization under whose banner the DeltaWing started its journey to Le Mans, said: “Petit Le Mans has built up a reputation as one of the largest sportscar races in the world. Every section of the Nissan organization has supported this car and I think the fans will love getting to see what Racer magazine called a ‘gamechanger.’

“The DeltaWing can race in the 2013 American Le Mans Series and it is part of the merger agreement for ALMS and GRAND-AM. Safety and performance standards have to be achieved, but it needs to be reviewed. For 2014, the new series would incorporate Daytona prototypes, Le Mans prototypes, and maybe even a DeltaWing.”

Meanwhile, Nissan DeltaWing’s visionary creator, Ben Bowlby, said: “At Petit Le Mans, we will get the chance to show the US fans just how cool this car is but also the chance to prove that it works on a much tighter, twistier road course, rather than the flat-out, 300kmh, Le Mans-style racetrack. It’s important for us to gain in lap experience, testing and driver feedback and really validate the whole concept.”

Nissan became a founding partner in the DeltaWing project in March this year and the team then faced a major challenge to get the experimental Nissan DeltaWing car and its specially-developed 1.6-liter DIG-T Nissan engine, ready for the grueling Le Mans 24 Hours.

The project provided a test bed for Nissan to develop future innovations that can be filtered into the Company’s global motorsport programs as well as future road products. This will continue to be the case at Petit Le Mans, with new technology being trialed during the race and further development work being carried out by partner, Michelin, on its bespoke tires, specially built for the Nissan DeltaWing. 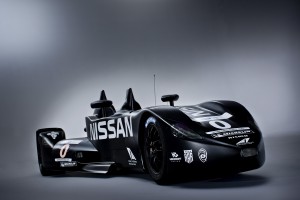 Based on fuel consumption and tire wear data taken during more than six hours of running at Le Mans, the car was on course to achieve its goal of completing the 24 Hours using half the fuel and half the tires of its fellow entrants.

Data taken from a standard LMP2 car at Le Mans indicated that it used 2,350 liters of fuel and changed tires every 300 miles, chewing through nine sets. And, while the LMP2 car had a fuel consumption level of 5mpg, Nissan DeltaWing was running at 10.7 mpg.

Leading innovation in motorsport is nothing new for Nissan – its GT Academy has proven to be a genuine stepping stone from games console sofa to a real motor racing career. Ordonez was the inaugural winner in 2008; three years later, he made his Le Mans 24 Hours debut, scoring a podium in an LMP2 class dominated by Nissan engine power. The Spaniard was among a handful of drivers who tested Nissan DeltaWing during its rapid development process earlier this year.