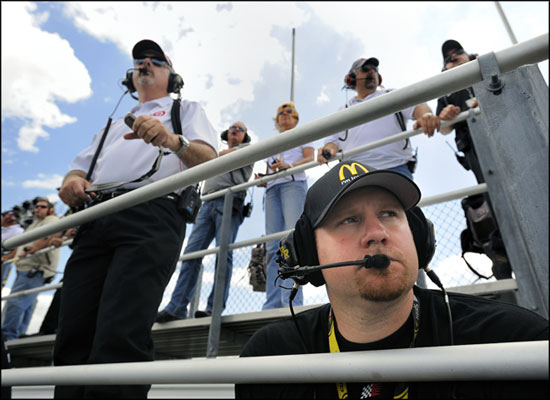 NASCAR will limit a driver’s communication to just his/her crew starting this season. Last year, NASCAR banned radio communication between drivers. Now the driver cannot talk to the crew chief or any members of other teams, NASCAR spokesman Kerry Tharp said. On the analog channel that a driver uses, only his crew (those assigned to his car number) can use that channel. A driver can still talk to his team owner, who will be allowed to talk with any of the owner’s drivers and crews. Many teams use digital radiosillegal for communication with the driverto talk privately among themselves before delivering messages to the driver. The new rule is designed to make sure that drivers are focused on performance and not on switching radio channels or listening to several voices.