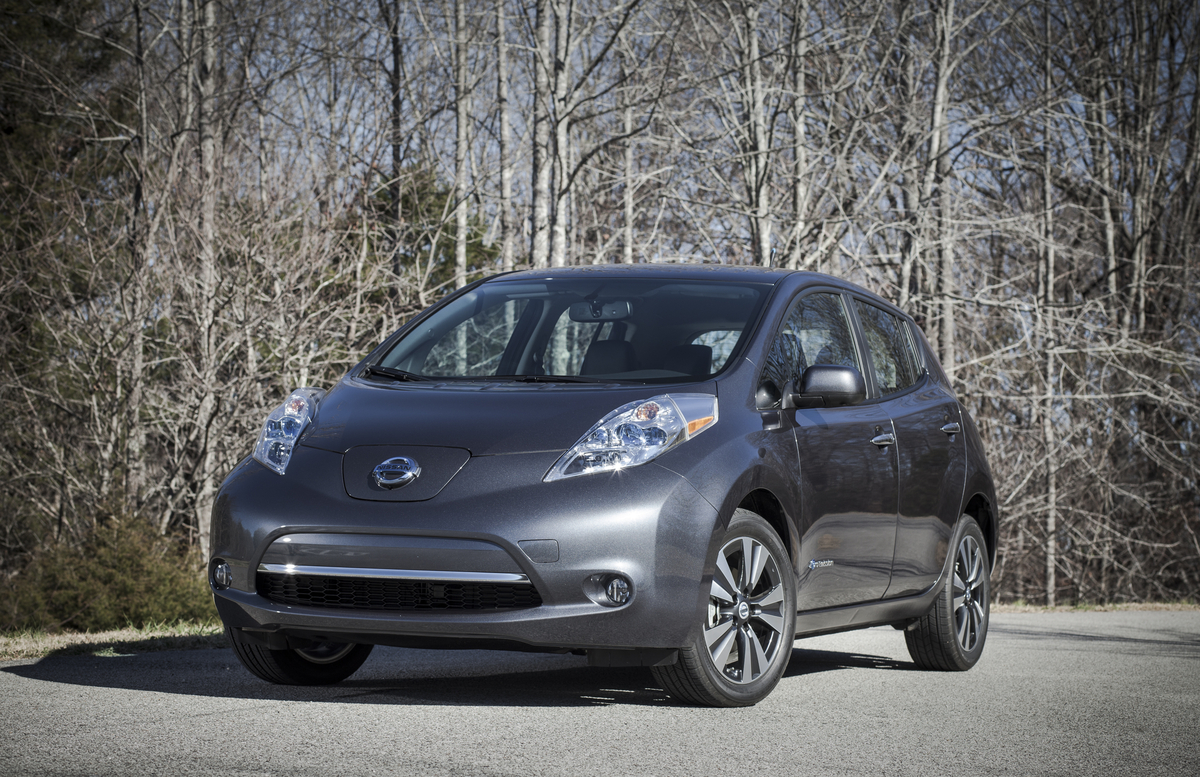 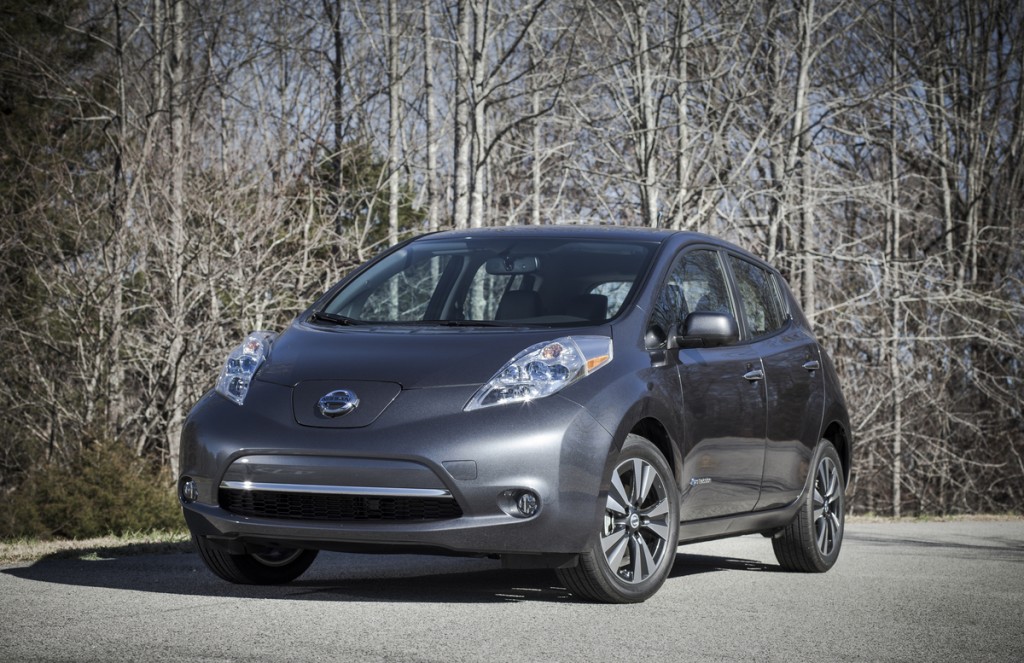 Nissan CEO Carlos Ghosn announced a $6,400 price drop for the base-model 2013 Nissan Leaf. Last year’s base model was $35,200, while the new base-level 2013 Leaf S starts at $28,800. Ghosn says the new prices make the Leaf the least expensive five-seater electric for sale in the US.

Some of the lower cost is due to a difference in content from last year’s low-end model to this year’s. But a sizable portion can be chalked up to the Leaf’s production moving from Japan to Tennessee. The 2013 Leaf is not only assembled in the US now, but its lithium-ion batteries and the car’s electric motors are manufactured in the same southern state.

All 2013 prices will have an $850 destination fee added, but the cars will still qualify for a $7,500 federal income tax credit in addition to various state and local incentives.

FRANKLIN, Tenn. – Nissan has announced that U.S. pricing for the new 2013 Nissan LEAF will start at an MSRP of $28,800 for the newly-added S grade, making it the lowest priced five-passenger electric vehicle sold in the United States. Depending on location, some consumers may purchase the vehicle for as low as $18,800 with qualifying federal and state tax credits, putting the LEAF on par with gas-powered vehicles of its size.

Nissan’s objective for the LEAF has always been to produce an affordable zero-emission vehicle for the mass market, and the 2013 LEAF is a prime example of that commitment with increased value at every trim level, making it more accessible for more people.

“With nearly 50,000 LEAFs on the road globally, we are the leaders in zero emissions vehicles and our class-leading product just got better,” said Billy Hayes, Global vice president of LEAF sales for Nissan. “From the very outset, Nissan has continuously advanced and refined the affordable zero emissions vehicle ownership experience. Now customers won’t have to pay a premium for owning a green car that’s really fun to drive, and that’s exciting.”

Nissan recently began U.S. assembly of the 2013 Nissan LEAF at its manufacturing plant in Smyrna, Tenn., a localization initiative that further drives efficiencies by leveraging already-existing equipment and processes while also reducing exposure to fluctuations in foreign currency. The battery packs that power LEAF are built in an adjacent facility in Smyrna while the vehicle’s electric motor comes from Nissan’s powertrain plant in Decherd, Tenn., further supporting efficient manufacturing.

Eligible consumers can take advantage of a $7,500 federal tax credit, and some states and municipalities offer additional incentives. For example, California residents can get a 2013 Nissan LEAF for as low as $18,800 after the federal tax credit and state rebate of $2,500.

Nissan will also continue its lease offer for the 2013 LEAF, allowing consumers to lease the electric vehicle for as low as $199 per month for 36 months, which includes tax credits and destination charges.

Additions to the 2013 LEAF include: 17-inch alloy wheels and leather appointed interior on SL models, available Around View® Monitor and 7-speaker Bose® energy efficient audio system and a 6.6 kW onboard charger that significantly reduces 220V charging times and is standard on SV and SL models.

About the 2013 Nissan LEAF
Now in its third model year, the Nissan LEAF is the world’s best-selling pure electric vehicle with nearly 50,000 cumulative sales worldwide. For 2013, the LEAF features numerous customer-focused upgrades. LEAF is powered by a responsive 80kW AC synchronous motor produced at Nissan’s Powertrain Assembly plant in Decherd, Tenn. The 2013 LEAF’s output is 107 horsepower, with 187 lb-ft. of torque. Energy is supplied by an advanced 48-module lithium-ion battery made at the new battery plant in Smyrna, Tenn.

About Nissan
Nissan Motor Co., Ltd., Japan’s second-largest automotive company, is headquartered in Yokohama, Japan, and is part of the Renault-Nissan Alliance. Operating with more than 248,000 employees globally, Nissan provided customers with more than 4.8 million vehicles in 2011, generating revenue of 9.4 trillion yen ($118.95 billion US). With a strong commitment to developing exciting and innovative products for all, Nissan delivers a comprehensive range of 64 models under the Nissan and Infiniti brands. A pioneer in zero-emission mobility, Nissan made history with the introduction of the Nissan LEAF, the first affordable, mass-market, pure-electric vehicle and winner of numerous international accolades, including the prestigious 2011-2012 Car of the Year Japan and 2011 World Car of the Year awards.

About Nissan North America
In North America, Nissan’s operations include automotive styling, design, engineering, consumer and corporate financing, sales and marketing, distribution and manufacturing. Nissan is dedicated to improving the environment under the Nissan Green Program 2010 and has been recognized as a 2010 and 2011 ENERGY STAR® Partner of the Year by the U.S Environmental Protection Agency. More information about Nissan in North America and the complete line of Nissan and Infiniti vehicles can be found online at www.NissanUSA.com and www.Infiniti.com.

With a strong commitment to developing exciting and innovative products for all, Nissan delivers a comprehensive range of fuel-efficient and low-emissions vehicles under the Nissan and Infiniti brands. A pioneer in zero emission mobility, Nissan made history with the introduction of the Nissan LEAF, the first affordable, mass-market, pure-electric vehicle and winner of numerous international accolades including the prestigious 2011 European Car of the Year award.