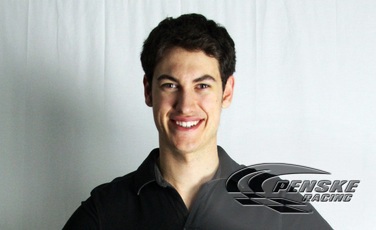 MOORESVILLE, N.C. (September 4, 2012) – Penske Racing announced today that Joey Logano will join the team in 2013. He will drive the No. 22 Shell-Pennzoil Ford in the NASCAR Sprint Cup Series.

Logano, 22, a two-time Sprint Cup Series winner who is currently competing in his fourth full season, will begin a multi-year agreement with Penske Racing.

“I am very excited to join Penske Racing and begin the next phase of my career,” said Logano. “I am looking forward to the opportunity as it will be an honor to drive for Roger Penske and race for wins and championships. I am also proud to represent Shell-Pennzoil as they are a respected global brand that does a great job of activating in the sport on and off the track.”

In addition to his pair of victories, four poles and 16 top-five finishes in his young Cup Series career, Logano has also produced 15 wins and 19 poles in five seasons competing part time in the NASCAR Nationwide Series.

“Joey Logano is a very talented driver who has already achieved a lot of success at a young age,” said Tim Cindric, President of Penske Racing. “Joey is a great fit for our organization and we look forward to building on his success as he takes his place behind the wheel of the No. 22 Shell-Pennzoil Ford.”

With an impressive track record of winning from an early age, Logano has established himself as one of NASCAR’s fastest rising stars. He started racing quarter midgets at the age of six and won his first championship just one year later. After rising up quickly through the racing ranks, Logano became the youngest winner in Nationwide Series history when he won at Kentucky Speedway at the age of 18 in 2008. Just one year later he won at New Hampshire to become the youngest winner ever in Cup Series competition. Logano went on to be named 2009 Sprint Cup Series Rookie of the Year, setting the stage for a bright future in the sport.

“We welcome Joey Logano to the Shell-Pennzoil team, and we know he will do a great job representing our brands and Penske Racing in 2013 and beyond,” said Lisa Davis, president, Shell Lubricants Americas. “Joey is clearly a special talent on the race track, and we look forward to working with him off the track as well.”

Logano will join Brad Keselowski, a three-time race winner and championship contender in 2012, and the No. 2 Miller Lite Ford team to form a potent combination for Penske Racing in the 2013 NASCAR Sprint Cup Series.