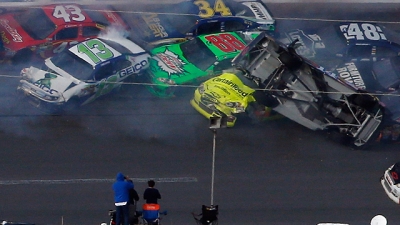 Dale Earnhardt Jr. was diagnosed with a concussion Wednesday and will miss the next two Sprint Cup races, Hendrick Motorsports announced Thursday morning.

Earnhardt Jr. was involved in the 25-car accident on the final lap of Sunday’s race at Talladega Superspeedway. There was no indication immediately after the race that he had been injured.

Although Earnhardt Jr.’s hopes to win the Sprint Cup championship already were slim, missing two races obviously will take him out of the running.

Earnhardt Jr., team owner Rick Hendrick and crew chief Steve Letarte are scheduled to discuss the situation in a press conference at 11 a.m. today at CMS.